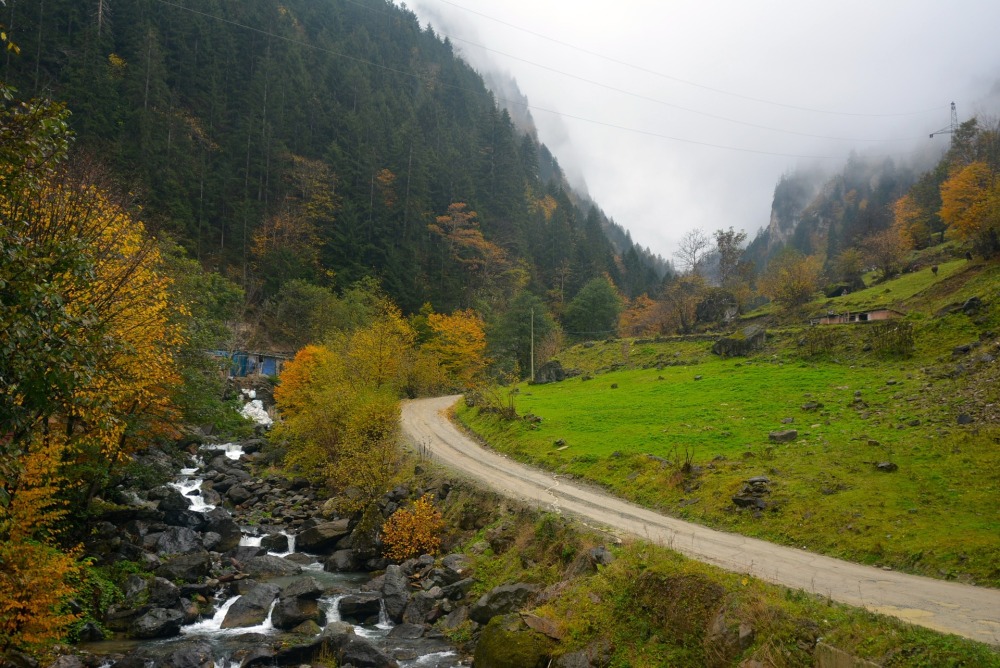 The next morning Gilgamesh was up before the sun could rise, he packed his backpack and waited at the end of the road for a bus that would take him to the foothill region of Pontic Alps in southern Anatolia, Turkey. The local Turkish and Pontic Greek called it the Parhar Mountains meaning high or summit in their language. From there on it would all be uphill, his expedition of exploring Turkey was going to be more of a mountaineering trip than a holiday of some kind.

As a child he enjoyed climbing trees and rooftops, playing the successful kite runner for his friends though he hardly ever got more than a yell from his concerned mother for his acts of bravery, but that was years back and now he was on his own and required no one’s interference in doing what he loved. He had learned a few functional Turkic from a Turkish acquaintance and done a little research on the people and their culture in Turkey. This time he had it all planned out and marked on the geological map he picked up at the airport. But destiny seemed to have her own plans.

Gligamesh had his eyes set on the narrow road draped in the early morning mist, with the watchfulness of an eagle’s eye. Looking out in all excitement for a bus, which by all odds was later on going to be mentioned in an allegorical description along with the details of his journey. Making its way straight into his yellow notebook with great emphasis and clamored enigmatical expressions.

It was just about dawning when he noticed a minibus cutting through the mist and honking its way down the road towards him. looking like an over-decorated matchbox from a distance, he could also notice how crowded it was with the people squatting on its roof all huddled together for warmth.

Pulling up the sleeve of his black leather jacket and rubbing the dial of his swiss on the cuff of the other, he squinted his eyes for more clarity.  4:30 a.m it read, “My bus should have been here by now, probably it might be caught up somewhere or the other or could be habitually late for all I know.” Trying to convince himself he started to make excuses for an imaginary bus that was supposed to be far better than what he saw coming his way. His reluctance to settle for less than his expectations had unknowingly started off a monologue in his head. “After all,”  he said, “I’m new to the place, who knows the system here anyways.”

There was something about this vehicle that was not giving off good vibes and for once he could feel his heart praying, “I hope what’s approaching me is not what I have been waiting for all this while.”  “Right on time,” said the driver as he jammed the eerie brakes, bringing the bus to a halt at the side of the road. Adjusting a little digital clock of the size of a slab of Cadbury chocolate resting on the bonnet exactly at the back of the stirring wheel he smiled looking towards his tourist friend with an accomplished stare.

The guy was in his late sixties with thick glasses that made his eyes appear beady through them, his beret cap and red and black plaid coat with a diamond designed sweater gave him a western look rather than the traditional people of the town with skull caps, salvar, yelek (vest) and cebken (jacket).

The bus appeared to be one of those neglected beauties which had served her owner in abundance, like an old whore who had outrun her youth and still posed of use to her customers, all painted up and promising.

Seeing no other bus in sight, Gilgamesh ran up to the driver’s window to confirm if this was the tourist bus that was mentioned in his trip package or was there any possibility for another one that also plied on the same route.
Gilgamesh believed a lot in his sixth sense, and everything inside him was repulsing against entering the Cennet. Well, that’s what the bus was named ‘Cennet’ meaning heaven in Turkish.

“No sir, this is the only one that goes this way for the day,” said the old Turkish man in a humble yet rugged Turkish accent.

View all posts by annadinecharles